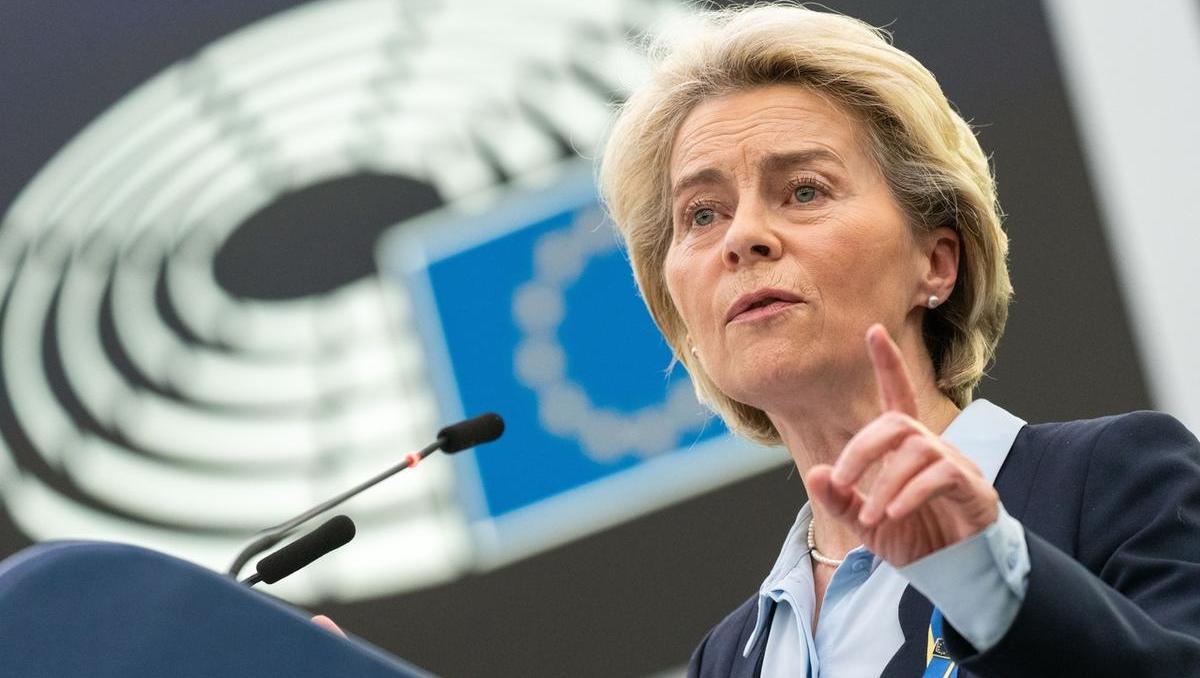 You can read this article with your username for FREE . Open a free username or log in with an existing one.

Notify me of updates to :

“Within six months, we will suspend supplies of Russian oil and refined petroleum products by the end of the year,” he said. the European Parliament was told by the Chief of the European Commission Ursula von der Leyen . “This will be a total ban on imports of Russian crude and refined oil, by sea or by pipeline,” Reuters reported.

The price of oil has risen since the announcement. A barrel of North American oil currently costs 108.5 dollars, which is 3.5 percent more than yesterday.

“It will not be easy. Some countries are heavily dependent on Russian oil. However, this we just have to do it, “she added at the presentation of the proposal for the sixth package of sanctions against Russia. The proposal needs the support of all 27 members to enter into force. The Commission also proposes the exclusion of the bank Sberbank from the SWIFT system and a ban on the broadcasting of three Russian televisions in the EU. Which, it is not yet known. It also proposes a ban on the provision of accounting and consulting services to Russian companies.

What do they point out in German industry?

DIHK serious impact on German companies. Although the demand for oil could be covered from other sources, the rise in oil prices would increase financial pressure on companies, warns the president of the association Peter Adrian .

“In particular for the energy-intensive industry and logistics companies, this makes the business even less profitable, “Adrian was quoted as saying by the German news agency dpa .

Additional costs could not be passed on individually to the parties and “in extreme cases, companies will be forced to to stop doing business “, he added, as reported by STA.

The country that opposed the embargo on Russian oil is Hungary. Although it did not mention any exceptions, Slovakia and Hungary, which are most dependent on Russian oil, are said to have more time to look for alternative sources. Gas is not yet the target of sanctions. There is no consensus among the 27 EU member states to abandon the use of Russian natural gas. Germany is heavily dependent on Russian gas, and in 2020 it was the world’s largest buyer of Russian gas.

“We will make sure that we gradually phase out Russian oil,” said Von der Leynova. so that we and our partners will be able to provide alternative supply routes and reduce their impact on the world market. “

” This increases the pressure on Russia while reducing collateral damage for us and our partners. worldwide. We must ensure that our economy remains strong. “

Sanctions must now be approved by the Member States. EU ambassadors to the EU have sanctions on their agenda today. It is difficult to predict when an agreement will be reached, as Hungary has, as noted, announced a veto on the introduction of an oil embargo.

Why a ‘bullish’ RUNE doesn’t…

9Tales: A unique and sustainable…

TA: Why Bitcoin Still At…