The State Forests are terminating the lease agreement with the Embassy of the Russian Federation for the center in Skubianka, the wPolityce portal informed on Friday. The reason was the lack of payments for the rent.

Wrote, that the State Forests National Forest Holding (Państwowe Gospodarstwo Leśne Lasy Państwowe) terminated the contract with the Russian embassy for the rental of a resort in Skubianka on the Zegrze Reservoir, where hotels, villas and holiday cottages are located.

He added that an application for real estate had been submitted and that now – as he noted – “we are waiting for a move from the Russian side” . “We expect, of course, that the Russian side will refer to the relevant provisions of the contract to prevent its termination. But we referred to the relevant provisions of the Civil Code and we expect that the contract will be terminated” – pointed out Gzowski.

When asked about the financial consequences for the State Forests, the spokesman indicated that “we do not think about it. The most important thing is to follow the chosen path. by our state, that is, hard sanctions against the Russian Federation “.

As we read, Deputy Minister Edward Siarka – Government Plenipotentiary for Forestry and Hunting also referred to the matter. “The matter is obvious to us and has been analyzed for a long time. The first contract was signed in 1994. The Russians simply stopped paying the rent for the center,” he said. (PAP)

Settle PIT for 2021 together with the e-pity program!

Related: The Economic Impact of Russia’s Invasion of Ukraine 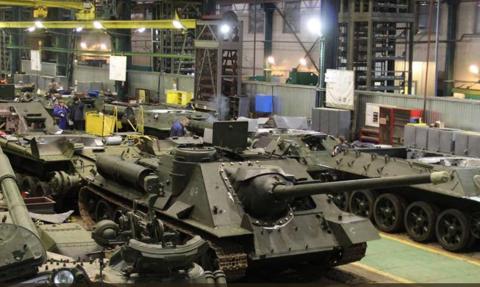 Dog and cat insurance – where can you buy and how much does it cost?