Previously, unofficial information about the expulsion of Polish diplomats was provided by the Onet portal and the RMF FM radio.

The information was confirmed by the Polish Ministry of Foreign Affairs spokesman.

Earlier on Friday, Jasina informed that the Polish ambassador in Moscow, Krzysztof Krajewski was summoned to the Russian Ministry of Foreign Affairs.

On March 23, Poland decided to reduce the diplomatic staff of the Russian embassy, ​​as a result of which 45 people with different diplomatic status left our territory.

Stanisław Żaryn for the expulsion of 45 people who under the so-called under a diplomatic cover, conducted intelligence activities in Poland, the Internal Security Agency brought in the Ministry of Foreign Affairs. As Żaryn explained, they are officers of the Russian services and their associates who officially had diplomatic status. (PAP) 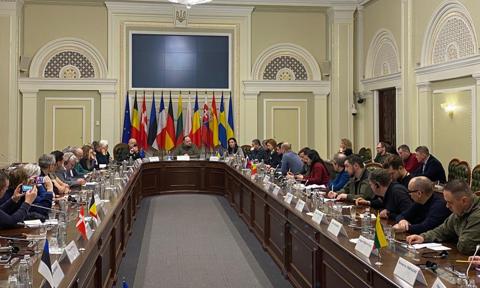 Prices at petrol stations have completely run out. Gasoline became cheaper, but diesel is closer to historical records