A producer of German washing powder, as well as other Western concerns, are eager to advertise in Belarus on state television, which supports the regime of Alyaksandr Lukashenka – describes on Tuesday allegations made by a German-Swiss NGO Libereco the daily “Frankfurter Allgemeine Zeitung”.

Belarus imposes a food embargo on countries that have introduced sanctions

The organization working to protect human rights in Belarus and Ukraine cites research in which independent Belarusian observers watched advertisements broadcast on three state television channels: Belarus 1, ONT and CTV in the third week of November.

According to the survey, six out of ten ads were for products of companies from Western countries. For a week, the German concern Henkel broadcast 47 spots in the series of evening programs, concerning, among others, Pattex adhesives, Persil detergents and Gliss Kur shampoos. More advertisements came only from the American companies Mars (61) and Procter & Gamble (51)

According to the collected data, every third advertisement came from companies from EU countries, more than half of them are German companies. Two more companies from Germany are in the top ten of Western advertisers on Belarusian television: Queisser Pharma from Flensburg (Doppelherz brand dietary supplements) and Dr. Theiss Naturwaren from Homburg (Allgaeuer Latschenkiefer pharmaceutical products).

I am shocked that German companies continue to finance Lukashenka’s TV stations through advertising, despite numerous and good documented cases of human rights violations in Belarus – said Marco Fieber, the chairman of the German branch of Libereco, in “FAZ”.

Henkel confirmed to the newspaper that the company is selling and promotes its products in Belarus “which play an important role in people’s daily needs, such as cleaning and hygiene products”. This German chemical concern has been present in Belarus since 2004 and employs about 100 people there. The turnover obtained in this country is much less than 1 percent. Henkel’s total turnover.

The company is very serious about criticism and has changed its marketing activities in Belarus, “FAZ” Henkel told “FAZ”. It has been added that the advertising budget has been shifted to other forms and channels of advertising. “We have not reserved any airtime on state television anymore” – emphasized the company.

Dr. Theiss Naturwaren operates in Belarus in a branch with approximately 50 employees. The company said it intends to honor existing agreements and contracts this year, but “the board reserves the right to periodically review and revise its strategy for 2022.”

“The criticism of the behavior of Western companies in Belarus is not new. Already in the summer, Libereco complained that Western producers of consumer goods largely subsidize Belarusian state television” – reminds the daily.

However, some companies have already reacted to the criticism and have significantly limited their advertising in Belarus. The Swiss concern Nestle paid 9 percent in July. of all commercials on Belarusian state television, in November it was already 0.4 percent. Libereco notes. Coca-Cola’s advertising share fell from 4% to 0.2% at the same time. Observers in Belarus have not recently discovered a single spot by Carlsberg and L’Oreal.

Libereco’s president in Switzerland, Lars Buenger, welcomed the behavior of these companies. At the same time, he called on all Western producers to completely stop advertising in Lukashenka’s propaganda channels. Libereco “demands that the governments in Europe and the United States include Belarusian state broadcasters on the list of entities subject to sanctions,” Buenger told FAZ. If this happened, Western companies would be completely prohibited from doing business with these broadcasters, including buying advertisements in them. 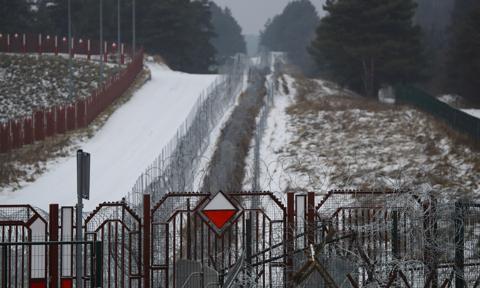 The opposition Belarusian news service Nexta announced on Monday on Twitter that the state-owned airline Belavia has been disconnected from the international BSP system, used for airline ticket settlements between carriers and the CASS cargo settlement system.

Is the contract-mandate profitable? Minimum wage and changes to regulations

Western companies advertise their goods on Lukashenka TV. Among the leading advertisers, the German manufacturer

Green light of the European…

EU plans for eco-labels are…

Russia and the US want…