Latest News
Home /Czarnek: There is no question of remote learning longer than 7 days in total, i.e. until January 9th

There is no discussion about science extramural studies longer than a total of 3 days before Christmas and 4 days after Christmas, that is until January 9, the Minister of Education and Science Przemysław Czarnek told PAP. He noted that decisions on the introduction of mandatory vaccination for teachers have not yet been made. In this matter, the Seym must first decide.

Mandatory vaccinations for some groups, new restrictions and remote learning. The government has provided details

The fourth wave of the epidemic did not slows down and still reaps the high toll. The government has finally decided to fight the threat and is announcing new restrictions to help bring the situation under control and encourage the public to vaccinate.

On Tuesday During the press conference, the Minister of Health, Adam Niedzielski, said that, following the example of Germany and Austria, we would like to introduce mandatory vaccinations for three groups from March 1: the first group are medics, the second group are teachers, and the third group are uniformed services. ”

The head of MEiN declared that he is a supporter of vaccinations. “I am vaccinated with the full dose against COVID-19, as well as against influenza. Besides, my whole family is vaccinated. So I am a supporter of vaccinations and I encourage them. However, I would approach the issue of the obligation to vaccinate against COVID-19 with great caution – whether it is even justified to force only certain professional groups to vaccinate; is it even justified to force anyone to vaccinate? “said Minister Czarnek.

He added that” there has been more and more narratives in the media space for some time now and statements of experts, which are more like blunt propaganda than real reliable information, and propaganda is just as harmful as the irresponsible nonsense of anti-vaccines. “

He pointed out that” the minister Niedzielski announced a plan to introduce compulsory vaccinations for medics, teachers and uniformed services from March 1, but decisions in this matter have not yet been taken. “” These are not things that, in my opinion, can be introduced by the ordinance. In this matter, the Sejm must first decide “- said Minister Czarnek.

He explained that the head of the Ministry of Health” would like to end the coronavirus pandemic as soon as possible when talking about new restrictions. ” I understand it perfectly well, so I encourage you to vaccinate. However, I recommend that you be very careful about compulsory vaccinations “- added the head of MEiN.

When asked about the legitimacy of introducing distance learning at school from December 20 to January 9, while nurseries and kindergartens will operate unchanged, Minister Czarnek said that “this is the decision of the services dealing with combating the coronavirus”. “It was dictated by Christmas Eve and Christmas, as explained by the services dealing with combating the pandemic” – said Minister Czarnek.

He noted that children do not go to distance learning for a long time. “It is only a few days – a total of 7 days of learning, which, together with the Christmas break, give us three weeks of breaking school-related contacts, and not three months “- said the head of MEiN.

He noted that” in the opinion of the services, contacts before Christmas meetings should be limited so that there are as few infections as possible in families, especially among the elderly “.” However, after Christmas, many educational institutions are planned and so the days of director, at least until January 7 “- pointed out the minister.

The head of MEiN declared that he accepts the arguments of health care services, but” there is no question on longer distance learning than until January 9 “.

” We need full-time education and that is why this year from September 1, despite various opposing voices and encouragement from We are continuing our stationary education from various opposition circles and we will continue it after the full holiday season “- said the minister. (PAP)

Open an account at mBank and get up to PLN 300 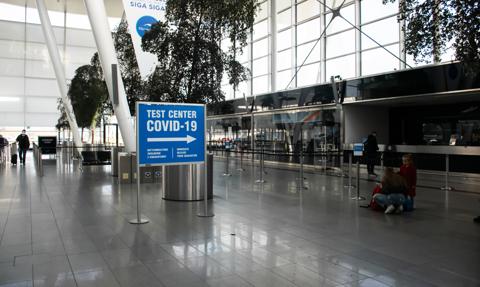 Blackjack: About the longer remote learning than 7 days in total, i.e. until January 9, no speech

A blow to the prosumer, i.e. changes in the regulations on photovoltaics